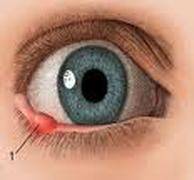 A new study reveals that a person's choice of soap may play a role in eye infections. This article appeared in EyeWorld, an international news magazine for ophthalmologists by Lisa Samalonis, Correspondent. Using antibacterial/deodorant soap before surgery can reduce the amount of external disease in ocular surgery compared with using non bacterial soap.In addition, patients with recurring eye infections who use deodorant/antibacterial soap daily or at least several times a week can decrease disease significantly.

The study was performed with patients from the Houston area. According to the study, deodorant soap represents about two-thirds of soap sold in the area. For example, Safeguard represents about 18% of the soap sold in Houston, roughly three times Ivory sales. The Safeguard patients represented 3% of cases treated. Fifty-two percent of the cases treated were Ivory soap users. In this study, deodorant soap was used by 11% of severely infect- ed patients. There was one Safeguard case for every 16 Ivory cases. "Eighty-nine of every 100 bacterial external disease infections will use a non deodorant facial soap.

"Based on the results of this study, doctors should recommend deodorant/antibacterial soap to patients with contact lenses, especially extended wear contact lenses, recurrent chalazia, and Staphylococcus marginal ulcers," he said.

Most surgeons recommend that deodorant soap be used before and after intraocular and refractive surgery.

Research indicated that the soap does not have to be used every day. "I suggest to patients who are sensitive to antibacterial soaps that they use it in their morning shower or every other morning or every third morning." "For patients with a long history of recurrent staph ulcers, using Safeguard or Irish Spring every other day seems to break the cycle." Further study "Although preoperative use of antiseptic/deodorant soaps seems reasonable to reduce the rate of infection, further study is needed to prove this point.

Stark noted that multiple studies have shown that topical antibiotic agents given preoperatively, reduce the amount of lid and conjunctival bacteria. Patient's normal lid and conjunctival flora are the most potential sources of infection during intraocular surgeries. Various staphylococcal species, which are the most common organisms causing endophthalmitis, predominate in this flora. "Application of 5% povidone iodine solution on the eye at the time of surgical preparation causes a similar decrease in the number of bacterial colonies.

Such prophylactic measures may help reduce the incidence of endophthalmitis, although the evidence is inconclusive,' he said. Routine use of preoperative antibiotics or antiseptic soaps may lead to alteration of protective nor- mal host flora, development of resistant bacteria, and allergic reactions, he said. "In a large study, up to 95% of eyes had positive culture results for organisms capable of causing severe intraocular infections, yet few of those eyes went on to develop infections," Stark said.